It’s hard to imagine a more joyful activity than a leisurely brunch with friends. After all, what could be finer than sleeping in and then enjoying a big, delicious mid-day meal at which it’s totally societally acceptable to indulge in a little day drinking?

Brunch is a time honored tradition at Bottiglia Cucina Enoteca, where we offer a robust variety of options to satisfy a number of different appetites. Our menu offers an incredible variety of dishes, so that you can choose your own adventure: sweet or savory, more breakfast-y or more hearty lunch-like fare. And of course, a great variety of brunch cocktails!

If you love brunch like we do, then you’ll love learning reading through this love letter to brunch, including its history, international traditions, and a few bits of interesting trivia.

The art of brunch, like many other foods and culinary traditions, has slightly hazy origins. Some say that the concept of a late, hearty breakfast-like meal follows the tradition of the large repasts enjoyed in Britain by groups of hunters post-outing.

However, the word brunch can be credited to a gentleman named Guy Beringer. In the 1890s, he wrote an essay entitled “Brunch: A Plea” wherein he made a case for enjoying a larger meal mid-day versus a heavy Sunday supper. Among his many reasons? The fact that mid-day eating is “cheerful, sociable and inciting” and “puts you in a good temper, it makes you satisfied with yourself and your fellow beings, it sweeps away the worries and cobwebs of the week.”

Of course…we also know that brunch is a great way to nurse one’s self back to health a night of overindulgence (hey, what happens in Vegas stays in Vegas).

The tradition took some time to gain traction, but eventually it caught on in the United States, first at hotels, clubs, and in private homes, but as time went on, restaurants got in on the action. Before long a number of restaurants were offering up fantastic spreads in the late AM hours, particularly on weekends.

The word “brunch” is a combination of breakfast and lunch. But did you know that “blunch” is an actual thing, too? According to Mental Floss, in the late 1800s and early 1900s, these separate terms were used to describe different styles of late morning meals. In 1896, an English magazine called Punch cautioned, “The combination-meal, when nearer the usual breakfast hour, is ‘brunch,’ and, when nearer luncheon, is ‘blunch.’ Please don’t forget this.”

Where in the world..?

Brunch isn’t always just Eggs benedict and French toast. Depending on where you are in the world, you might be enjoying quite a variety of dishes for brunch. Here are a few interesting ones:

In China, dim sum is brunch. In essence, dim sum is composed of bite-sized servings of foods served in small baskets or on plates. Sometimes, the dishes are rolled around on carts so that diners can pick and choose without ever having to get up. They are usually served along with tea; it’s a fun way to make a meal out of many different tastes.
It’s all about the ackee and saltfish in Jamaica. To the uninitiated, ackee is a type of fruit related to the lychee. To prepare this unique dish, salt cod is sauteed with ackee, onion, peppers, tomatoes, and spices. It might be served alongside plantains or fruit or bread.

In Mexico, it’s not just about huevos rancheros. For something creative, you might try huevos divorciados or “divorced eggs”, which is composed of tortillas and sunny side up eggs, one of which is covered with red salsa, and the other covered with green. The eggs are separated with a line of beans and topped with cheese and spices.

Black rice pudding is a popular favorite in Indonesia for breakfast and brunch, and is sometimes also enjoyed as a dessert. Served in coconut cream, this lightly sweet and strikingly colored purplish-black dish is often garnished with banana.

If you were eating breakfast or brunch in Columbia right now, it would probably involve arepas. An arepa is a dense, ever so slightly sweet corn cake/patty. They can be topped with sweet or savory ingredients, or split and filled.

An English breakfast sounds about right for brunch: a typical plate might include eggs, sausage, bacon, beans, mushrooms, and cooked tomato. 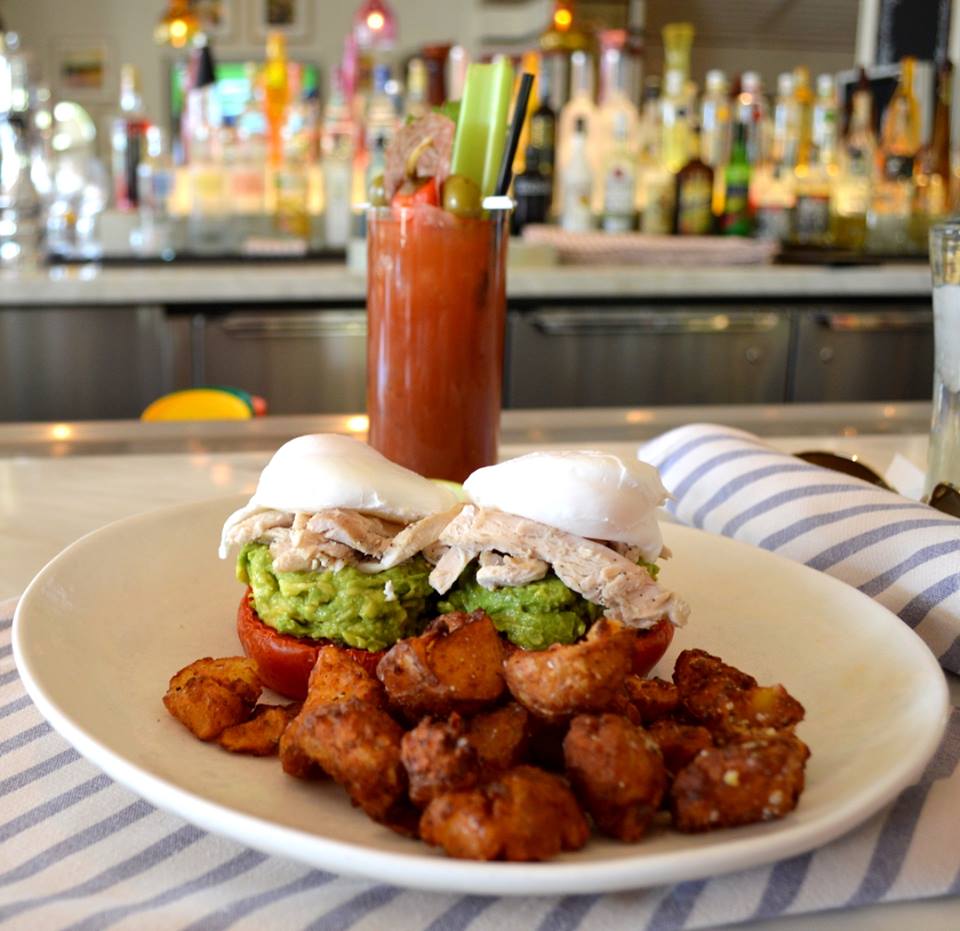 America: the melting pot of brunch

The United States is known as a “melting pot”, meaning that it boasts residents from many different places and cultures. When it comes to brunch in the USA, the offerings are just as diverse.

American brunch is an eclectic meal, and you’ll often see influences from a variety of cultures. This is absolutely the case at Bottiglia. While of course our brunch menu features the classics like omelettes and pancakes, we also feature some unique specialties as well. For instance, you could enjoy a beautiful tomato and burrata caprese salad, or try an Italian-flavored prosciutto eggs Benedict. And you’ve got to try our Italian Bloody Mary, which features infused vodka, calabrian chili mary mix, and fresh lime. 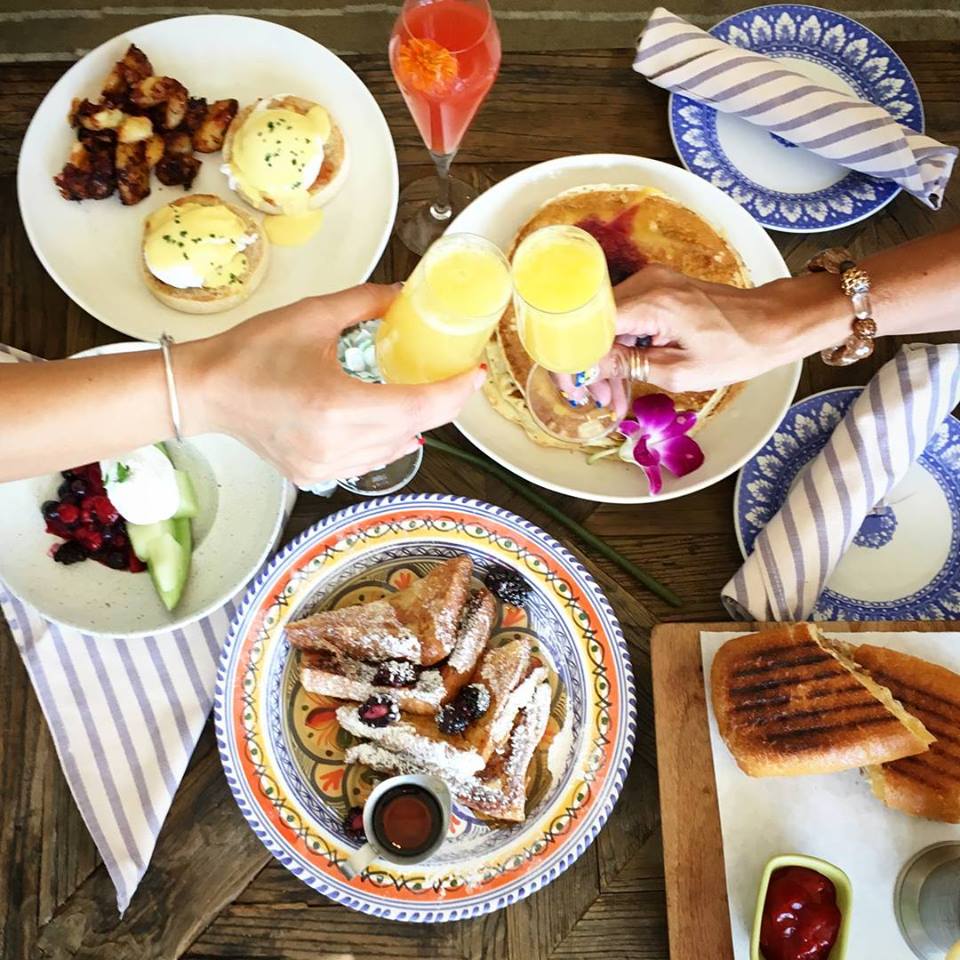 The ultimate debate: sweet or savory?

Perhaps one of the most important debates when it comes to brunch is a simple one: sweet or savory?

According to a survey conducted by Parade Magazine, a staggering 73% of diners prefer savory for breakfast. Is it the same case for brunch? Well, we certainly have a great selection of satisfying savories. However, when you have pancakes and French toast as good as we do, it’s a pleasure to go sweet from time to time! Of course, if you really want to go savory but need a few bites of sweet, we offer an addictive cinnamon bread pudding as a starter which is perfect for the table. 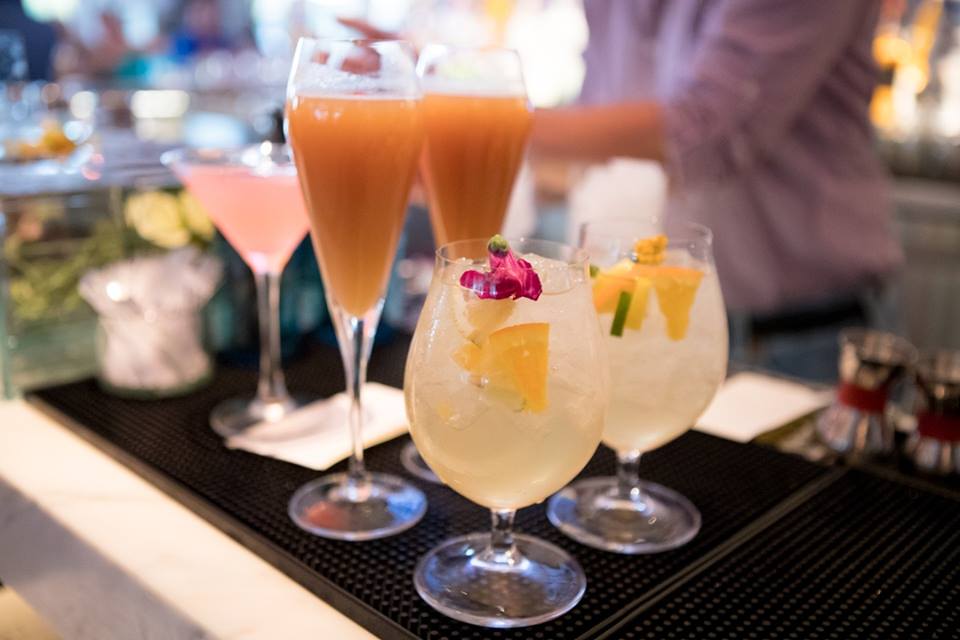 As noted above, in its early days, which coincided with prohibition, brunch was typically served in either private homes or hotels or clubs. Both settings, with their sense of discretion, offered the chance to serve alcohol without fear of punishment. Even though prohibition is no longer in effect, the drinks are still a beloved part of the brunch tradition.