If you aren’t familiar with fresh, raw oysters, you may think that enjoying this shellfish is as easy as walking up to a restaurant and ordering a dozen. It isn’t that simple. There is so much that goes into eating raw oysters and so many different types of oysters to be aware of. If it seems dizzying to you, there is no need to fear—we have a complete guide to ordering and eating oysters that can help you through the entire process.

Deciphering the Different Types of Oysters

Not all oysters are created equal. In fact, they can all be very different. There are hundreds of different types of individual oysters, and we’re not going to list them all here. There are, however, five main species of oysters and knowing what species you are ordering can help you be prepared for what it is that you are getting.

You will typically find these oysters in Europe or along the West Coast. They are small and sweet and are the most commonly cultivated oyster in the world. You will notice that these oysters have a sharply pointed, fluted shape.

Kumamoto oysters are small and sweet and some describe them as having a nutty-flavor. They have a deep, bowl like shape and are typically cultivated either in Japan or along the West Coast.

These oysters include popular types such as Bluepoint and Wellfleets. They are the most commonly consumed oyster in the United States. In fact, around 85% of the oysters harvested in the U.S. are Atlantic Oysters. Their shells are larger and rounder than Kumamoto or Pacific.

European flats are the most popular oyster in Europe and are often called Belons. As the name suggests, they have a smooth, flat shell and boast a sharper mineral taste.

These oysters are by far the smallest in the world and are typically only the size of a quarter. They are the only oyster native to the West Coast of the U.S. They are more rare and therefore often more expensive but have a sweet, metallic taste. 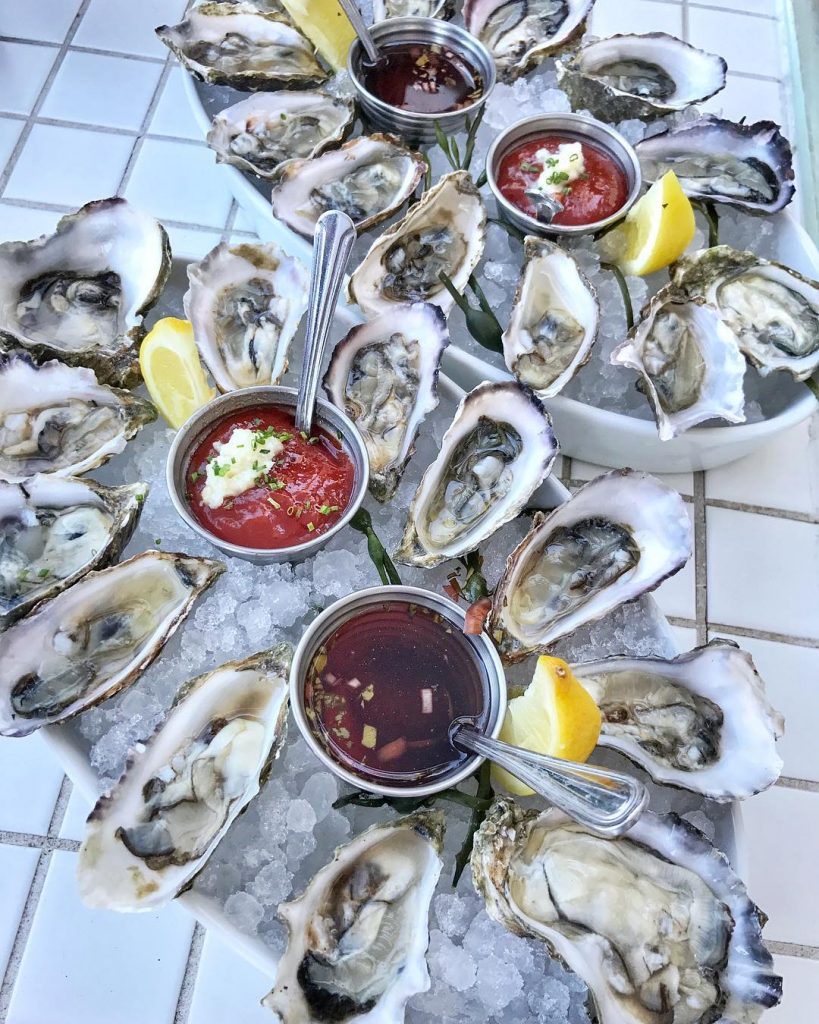 How to Eat Oysters

Now that you’ve ordered your oysters, it’s time to enjoy them! If you have never eaten raw oysters before, here are a few tips to help you make sure you’re doing it the right way.

Pairing Your Oysters With the Right Drink

If you are indulging in fresh oysters, why not indulge in a cocktail while you’re at it? If you are looking for the right drink pairing with your fresh oysters, here is a guide to get you started. The great news is, there are lots of drinks that actually pair well with raw oysters. Here are a few to consider.

Keep these drinks in mind next time you order oysters at your favorite Summerlin restaurant, Bottiglia so you can have the best raw oyster experience possible.