Can you imagine lasagna without the rich, creamy texture of ricotta? Or chicken parmesan without its blanket of melty, crispy mozzarella? There is something special about the combination of Italian herbs and spices with the tangy, salty taste of fine Italian cheese.

At Bottiglia, we use the best Italian cheese to complement the flavors of your favorite Italian dishes. Here are five kinds of cheese that help make Italian food one of the most popular, delicious types of food in the world.

A Match Made in Culinary Heaven: Cheese & Italian Food

The history of cheese in Italy began around the time of the Roman expansion. As Rome grew, they shared their cheese making capabilities with the people they conquered. When the Roman Empire collapsed, those countries continued to grow and develop their own methods for making cheese.

We can thank Italians for some of the most popular cheeses in the world today.

Known as the “King of Cheeses,” Parmesan cheese is a hard, tangy cheese named for the areas it is produced in Italy. EU law only allows cheeses made in specific regions of Italy to be labeled Parmigiano-Reggiano.

Parmesan is made with unpasteurized cow’s milk, which is mixed with whey and rennet to help process it. After the cheese is formed into its well-known wheel shape, it is placed in a brine bath for 20 to 25 days and aged for around two years. Parmesan is a hard, salty cheese often grated and used to top Italian dishes.

At Bottiglia, we use Parmesan cheese to highlight the flavors of many of our dishes, including our salads, Chicken Parmesan, and Veal Chop Parmesan. 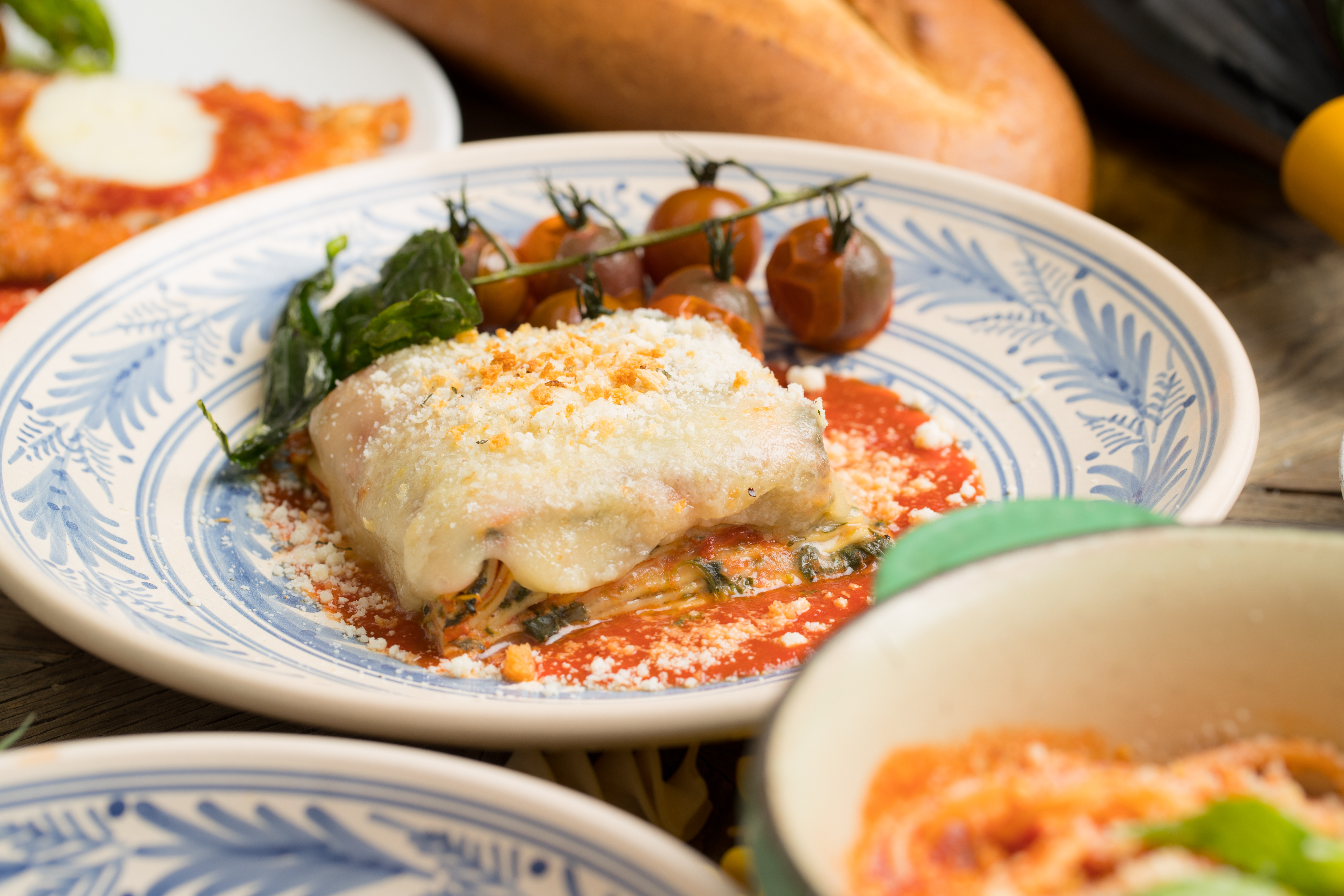 Gorgonzola cheese is a veined Italian cheese, similar in appearance to bleu cheese but with slightly less ‘bite.’ Its texture can vary from buttery smooth to firm and crumbly. Gorgonzola is predominantly produced in the northwestern Italian regions of Piedmont and Lombardy.

Gorgonzola cheese is made from unskimmed cow’s milk, which is heated before introducing Penicillium roqueforti and a starter. During the aging process, metal rods are inserted into the wheels, which allows mold to grow, resulting in the distinctive ‘veins’ Gorgonzola is known for.

Italians are very serious about their cheese, in fact, an entire organization was created to protect and monitor the production of Gorgonzola and the usage of the name called the Consortium for the Protection of Gorgonzola DOP Cheese.

Mozzarella is a soft Southern Italian cheese made from cow, buffalo, sheep, or goats milk. Unlike Parmesan, mozzarella is generally aged between one day and one week, resulting in a very soft, mild cheese.

According to one study, Mozzarella is the most eaten cheese in the United States, with Americans eating an average of 11 pounds of the cheese every year. Unlike mozzarella often found on the shelves of American grocery stores, Italian Mozzarella is soft, not rubbery, with plenty of moisture.

The soft, creamy texture of Mozzarella cheese is used to complement a variety of Italian dishes, including lasagna, gnocchi, stuffed shells, and Chicken Parmesan.

Provolone is a semi-hard Italian cheese made from cow’s milk and aged between two and four months. Less aged cheese has a sweeter taste, while longer aged provolone takes on a sharper taste. It has a smooth texture and often a mild smoky flavor.

Provolone is a pulled curd cheese, which means the warm curds of cheese are pulled into bands, which are then formed into a wheel, soaked in a brine bath, and aged.

Provolone cheese can be served hot, melted on sandwiches or pasta dishes, or cold, on a cheese board or with bread. Due to its creamy texture and slightly nutty flavor, it pairs well with full-bodied red wines and the acidic flavor of an authentic marinara sauce.

It is hard to imagine lasagna without the buttery, smooth flavor of ricotta cheese. Like mozzarella, ricotta cheese is a soft, creamy cheese. It is lightly aged, which gives it a very mild, slightly sweet flavor. Unlike other cheese, which are formed into wheels, ricotta maintains its curd-like appearance.

At Bottiglia, we use Ricotta cheese in a number of our authentic Italian dishes, including our Zucchini Flowers and our Spinach Lasagna.

Reserve Your Table at Bottiglia Today

At Bottiglia, we are dedicated to creating more than just food. Our classic Italian fare is created using only the freshest ingredients and the tastiest Italian cheeses. Make your reservation today and enjoy the best Tuscany has to offer right here in Henderson.